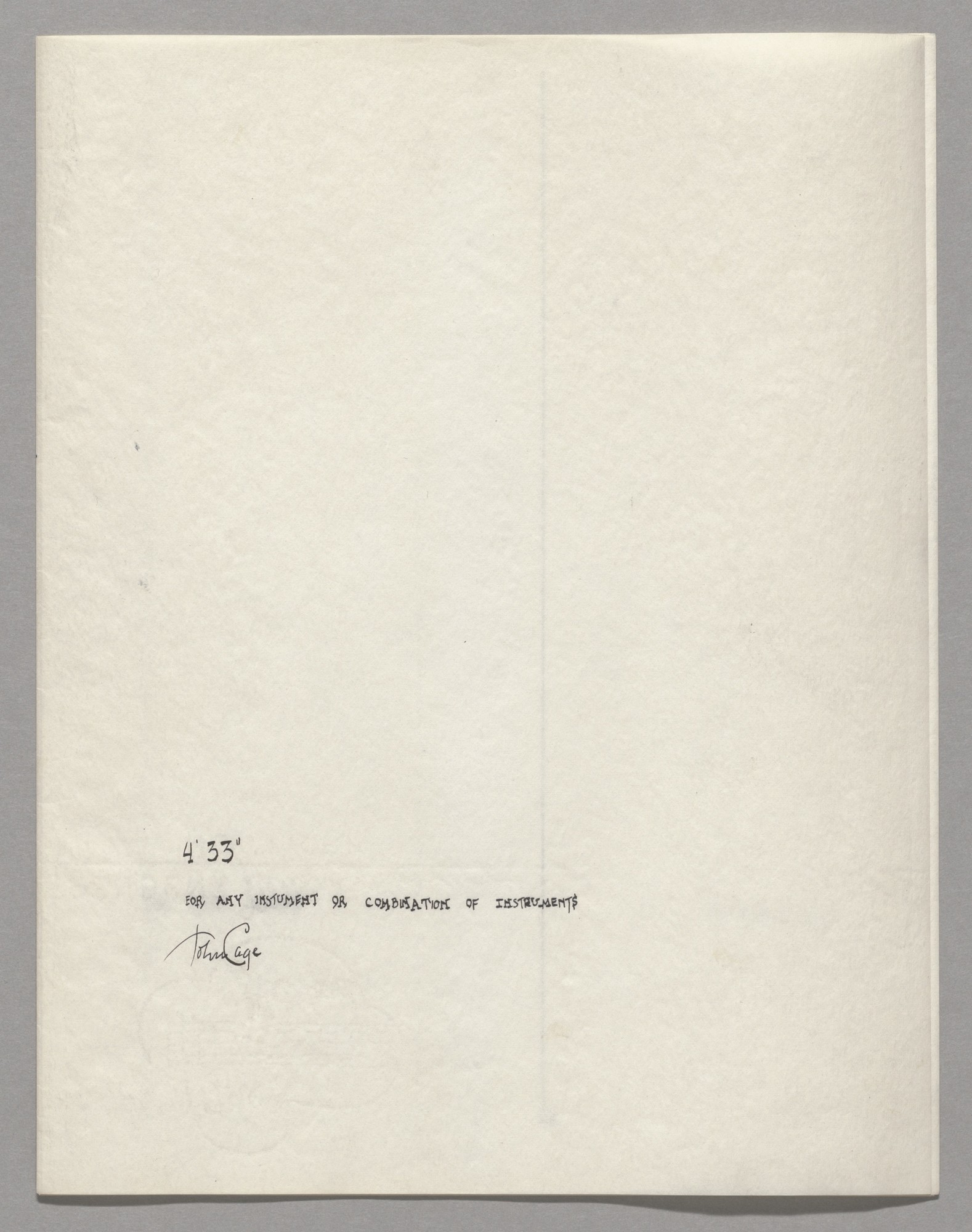 If you follow the art or music world at all, you will surely have heard of the musician John Cage and his infamous 4’33 piece that shocked the world. The piece is played by performers sitting in silence throughout the entire duration of its three movements.

The idea is that it reframes the songs of the composition to the sounds produced by the audience, thus challenging our perception of what music can be. If you want to learn more about his experimental music, I highly recommend this BBC podcast episode on Silent Witness: John Cage, Zen and Japan.

The inspiration for Cage’s piece came about when he entered an anechoic chamber designed to absorb all possible sounds, expecting complete silence. What he heard instead were two sounds, one low and one high, produced by his nervous system and blood circulation. It was then that he realized that total silence does not exist.

“We don’t have any silence available in the world. We call it silence when we don’t feel a direct connection with the intentions that produce the songs. But there is no real essential difference between noisy silence and quiet silence. The thing that runs through from the quietness to the noise is the state of non-intentional and it’s this state that interests me.”

Bringing this back to architecture, it reminds me of the Optical Glass House designed by Hiroshi Nakamura. The show Extraordinary Homes (available on Netflix and BBC) actually featured this house in its Japan episode.

Hiroshi employs these exquisite glass bricks to achieve a translucent façade that blocks out the noise and speed of the city while still allowing colour and light in. The resulting space feels quiet and calm. In the episode he explains his design philosophy as such:

“Cities are extremely noisy and busy but I didn’t want to shut that out from here. I wanted to actually use both light and the idea of cars moving back and forth while creating a comfortable place to live. You don’t necessarily get silence from an environment that is silent. You feel silence when you expect noise. Here you can see cars moving but you can’t hear them. That’s where I believe silence is born.“

I’m sitting here trying to figure out how to articulate the connection between the two, besides the obvious, which is that both explore our perception of silence. But I think at the heart of why both of these works inspire me is their attempt to reframe our preconceptions. Where John Cage expected to find silence, he found music. Where a resident of the Optical Glass House expects to find noise, she finds silence.

Building silence into a house is paramount. These examples help me reflect on what it really means to design moments of stillness and sublime into the house.