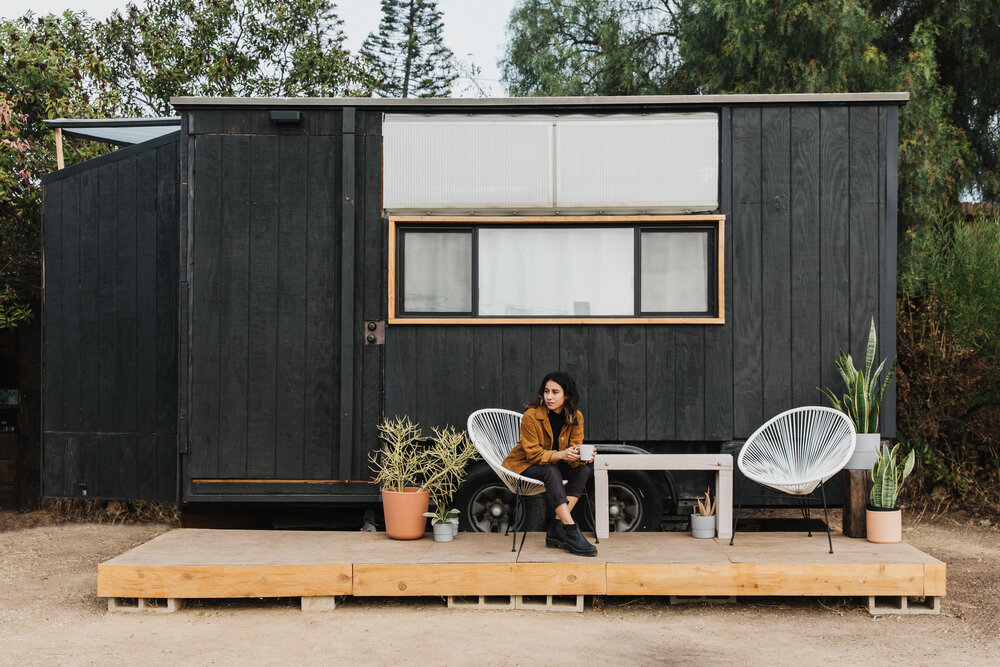 About a year ago, I stumbled upon Mariah Hoffman, a self-taught designer and builder, who was in the midst of crafting her own house on wheels. In the video below she explains what this project means to her:

“I grew up in a household that experienced a lot of trauma, emotionally and financially. Home didn’t feel like a safe place. Now that I am an adult, I have the agency to create a stable home for myself. I really wanted to re-imagine what that meant to me…and how I wanted to heal from my experiences.”

I’ve been asked on several occasions why we’re building from scratch instead of buying new or renovating an existing house. The reasons are so inevitable and obvious to me that I’m usually caught off guard when asked. But the reasons are also personal.

Of course, there is my love of architecture and design. And my distaste for so many of the cookie-cutter McModerns shooting up at manic speed in what used to be charming eclectic neighbourhoods. Large floor-to-ceiling windows placed on the most impractical surfaces have become a form of unspoken status signalling.

But much like Mariah, I am constantly thinking about the home as a place of healing as I too grew up in a fractured and erratic home environment. Not only can a home be a place of healing, but the act of building a home is in itself a healing process. The act of building this house for me is also an attempt at dialoguing with my late mother, who was herself an architect. I will talk about this more later on, but for now, I want to focus on Mariah’s house.

On economical materials: I love her creative and clever use of economical materials. In keeping her palette simple and tonal, and working with textures, she was able to achieve a rather cozy and indulgent space. My first journal entry, Inspired by Clarisse Demory, touched on this idea of rethinking our relationship to common materials. I think this is crucial in growing as a creative. It is only once we unlearn the common associations we have with certain things (ie a plastic bag is worthless) that we can then create more original work.

On permission to build: In the video, she also stated that she wanted to prove that it was possible for a woman, and a woman of colour, to build. She began her project at the age of 23, an age when most people, let alone women, would ever believe building a home was in the realm of possibility. But by modelling that it can be done, she’s encouraging and inspiring others to be less daunted by the process.

I definitely felt out of my league when I started the process in earnest. I knew nothing about house building so it felt out of reach. But if people have been building houses from the beginning of time, I would figure it out.

I hope this has inspired you as it has me. I will be back tomorrow.